The kids school had a talent show in which my children wanted to participate. Both played one piano piece they are preparing for festival. Ryan played Inspector Snoops and Makayla played Hurry Halloween. They were in two different talent shows. The one Ryan was is ended up being almost two hours long and he was second to last....lucky us!!! He did a fantastic job. He didn't show any nerves at all. i really don't know how he does it, but he does. 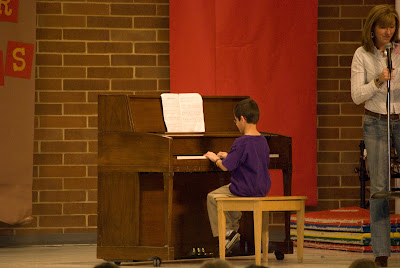 There were some pretty impressive numbers for elementary school. During Ryan's talent show Makayla suddenly became nervous about playing. She decided she didn't want to play in front of all the people. We said whatever she chose was her choice. By the end of the talent show she changed her mind. She wanted to do the talent show. She ended up being the only kindergartoner in her show. She got quite the applause. I was so proud of both of my children. i am grateful they are willing to share their talents with the world. 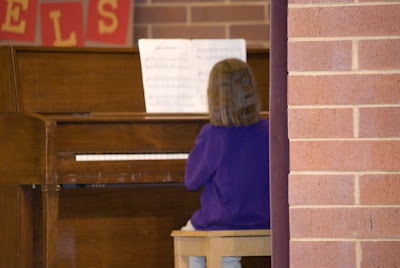