So, almost two years ago I was jogging on the treadmill and watching the Today Show when they were doing a segment on Locks of Love. Ann Curry herself was getting her locks chopped. My hair was needing a haircut at the time. I then decided, hey that would be awesome to do. Yeah, not so awesome. I gave up at least two different times. I never chopped it completely, but I did chop it. I also colored and layered it at one time even though I knew that would probably disqualify the hair. Well, it was always in the back of my mind that possibly I could donate the hair, if I had enough patience to grow it out. Finally, this last November I found out that colored hair and layered hair can be donated. I was so sick of the hair I decided to just do it. Get a chop job and be done with the whole affair. I know that isn't the best attitude to have with the great cause, but, you would understand if you had to deal with my mass of hair. It would take me multiple HOURS to do so most of the time it wasn't done. The ponytail was a constant, good thing Brad likes it. Anyway, here are some pictures of the before and after shots. 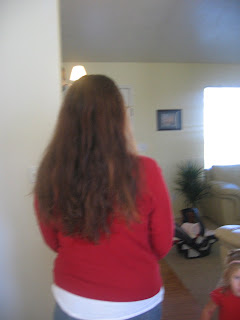 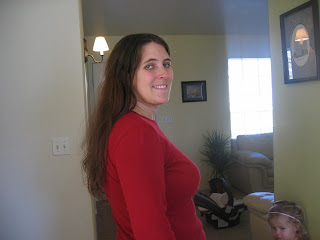 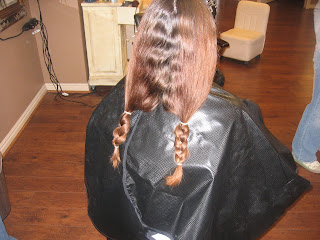 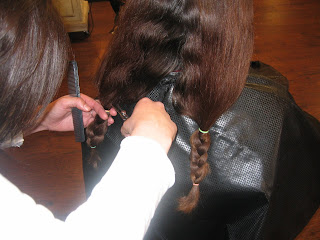 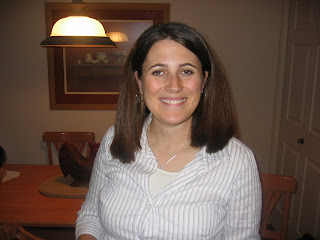 I chopped my hair just before my second baby and donated it. I have to admit that I missed it after it was gone...but it seemed to grow back quickly. You look really good with short hair.