A Hike to Remember

So, there is this amazing waterfall up Alpine canyon that you have to hit at the right time. If you go too late in the summer the waterfall isn't very big. It is called Horse Tail Falls because when the water hits some rocks it shoots out like a horses tail. Anyway, Brad and I and my sister Allison and her husband Bryce all wanted to hike it before the water "went away." We decided to hike it on Saturday, June 13th. The weather was raining on and off all week long. Actually, it was more like torrential down pour each day. Well, it played it by ear. It rained a bit in the morning so we were unsure. But, early afternoon it was looking good so we decided to just do it.
The hike up went well. We had all forgotten that it was 2 miles STRAIGHT up the mountain, no switch backs, just straight up. It was super hard, but the waterfall and view of Alpine is worth it. 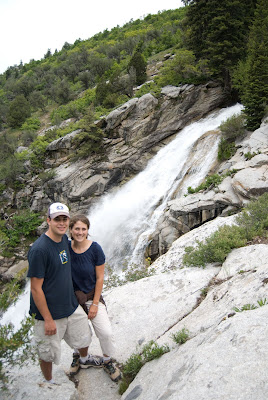 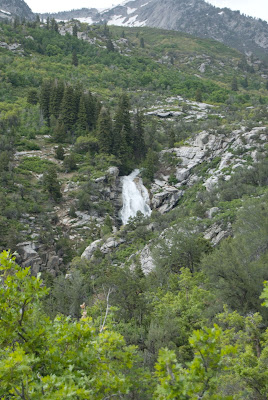 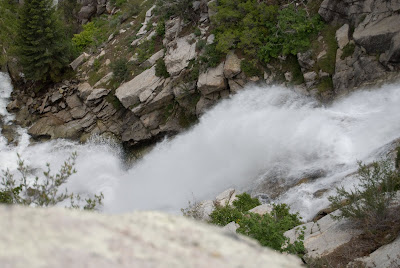 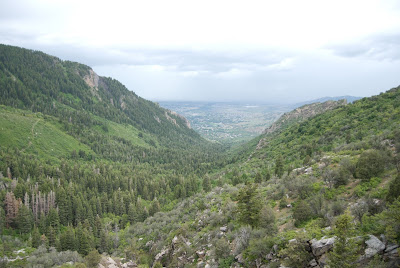 Once we got up we were only able to enjoy the waterfall for a few minutes as we could see the storm clouds moving in. 5 minutes after we started down it began raining. 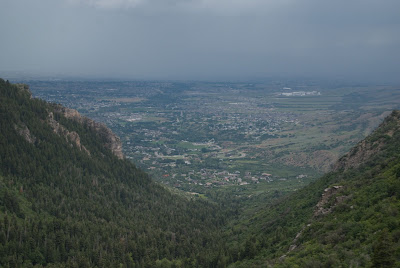 All of us scrambled to get our rain ponchos on (that Brad didn't think we really needed when I packed them) and I tripled wrapped my camera so it wouldn't get wet. We then ran down the mountain. About 1/4 of a mile down the heavens let loose for the day. We were caught in the middle of a horrific downpour that soaked us to the core. We ran as fast as we could with slipping on our....well, you get the drift. I didn't realize that you could kind of see through my capris when wet, fortunately my sweatshirt was long enough. We made it down the mountain in 30 minutes verses the hour it took to get up. I was not near as muddy as you would imagine since we were literally running through a stream the entire way. There was just so much water that it rinsed off the rain. As fun as all that sounds I realized that I forgot to mention the thunder and lightening. That made things quite interesting. With each lightening we were counting to see how close it was. I think the closest it got was 2 miles away, which was close enough for all of us. We were praying that we wouldn't get struck. Prayers were answered and we made it safely down, soaked to the core, even with ponchos on. 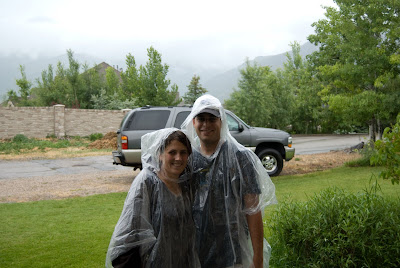 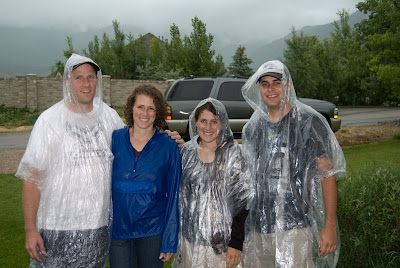 You can kind of tell by looking at my sister how wet we were. Just step into a shower with a poncho on, for 30 minutes, then you will know how wet we were!!!

Wow, what a story! That view is beautiful, though.

What an adventure! I am glad that you came out of it safely. What a beautiful place.